New York City is one of the most popular tourist destinations in the world, and with good reason. NYC is a melting pot of American culture, there is something for every style, taste and budget in New York City. With so much to see and do in NYC. You can decide to visit the city all by yourself or with your CWMUN peeps. For this reason, we offer, for High Schools Groups only, the Buddy School Program. The Buddy School Program offers a variety of initiatives around the city during Committee Sessions breaks and days off, the Program offers guided tours around the city together with our Staff Members.

There are plenty of educational and fun family attractions in NYC, including famous NY Museums, which are entertaining and interactive for school groups. Remember that you will walk in a huge city; be always careful of your students and their safety. We always suggest walking in small groups so that it is easier to have the situation under control at any time.

If you are willing to bring your students around the city on your own here follows a list of the most beautiful attractions of NYC you must visit:

Empire State Building: New York’s tallest building, theEmpire State Building is an Art Deco masterpiece that opened in 1931. You can take the elevator up to the 86th-floor observatory deck and view the streets of Manhattan from nearly 1,500 feet above street level!

Museum of Modern Art (MoMA): The most prestigious NYC museum and art gallery, the Museum of Modern Art is home to some of the most famous paintings of all time. Get an up close look at classic paintings like Van Gogh’sStarry Night and Salvador Dali’s The Persistence of Memory as well as contemporary pieces from Andy Warhol at MoMA New York City.

Central Park: The biggest and most beautiful park in New York City is Central Park. Spanning 843 acres, and offering tons of things to do in NYC for tourists. Central Park is the perfect way to take a break from the hustle and bustle of New York City.

Brooklyn Bridge: Completed in 1883, the Brooklyn Bridge is one of the oldest and longest suspension bridges in the United States. This iconic bridge, a National Historic Landmark since 1964, spans the East River and connects the New York City boroughs of Manhattan and Brooklyn.

Grand Central Station: With 44 platforms and 67 tracks along them, Grand Central Terminal, also known as Grand Central Station, is the longest train station in the world by number of platforms, and one of the most iconic sights in New York City. This magnificent terminal has been featured in countless films, including The Bone Collector, I Am Legend, Men in Black, and North by Northwest. It also offers a huge variety of restaurants and fast foods.

Metropolitan Museum of Art: Located on Manhattan’s Museum Mile, just steps from Central Park and Fifth Avenue shopping, the Metropolitan Museum of Art is a massive fine arts museum stretching a quarter-mile and occupying more than 2,000,000 square feet. Housed within the museum are classic works of art, including Hokusai’s The Great Wave off Kanagawa, Duccio’s Madonna and Child, Jackson Pollock’s Autumn Rhythm (Number 30), and Picasso’s portrait of Gertrude Stein.

We deeply believes that Buddy School Program (BSP) pwould give students a better global idea of what negotiation and collaboration mean. In CWMUN BSP students will meet online and study and discuss international issues of their CWMUN agenda. The possibilities during the lessons are limitless. Usually teachers, CWMUN coordinators and students would be talking on Internet communicators (Skype, Teleskilll, Hangout etc.), but they could also be chatting, co-browsing and even meeting face-to-face once they arrive in New York City. CWMUN Buddy School makes no restrictions; we want students to face and learn from international issues but have fun and make new friends at the same time.

CWMUN Buddy School has lots of unique features which help make studying or teaching online easy and fun. The Program will allow students to share opinions about committees and topics through web conferences and under their teachers’ supervision. Once you are paired up with another teacher, you can make your plans together and let your students share their experiences. You can also organize a round trip in the city together. So, why should you choose the Program? Well, it will be incredibly funny and, above all, is totally FREE!

All applying schools will be assigned to other schools by using a geographical criteria in order to let the students meet and study with other “buddies” from the other part of the world. No schools from the same country will be assigned for the same program.

Once you have your school or group assigned you will be provided by one of the CWMUN Buddy Program coordinators with your “buddies” partner contacts within December. Lessons will start in early January and they can be created accordingly to your group’s needs. Just be sure to schedule your lessons in time so that everything runs smoothly.

Students will face and discuss about international issues as they really were already in New York City. They will learn how to use the Rules of Procedure, use the art of diplomacy and face the real world problems trying to find good solutions to solve them. Moreover and most importantly they will be given the chance to make new “international” friends! From time to time students will have the possibility to better know their new “buddies” by email or social networks. We want your students to learn and have fun, but we want them to be safe! Online meetings will be over one week before the conference. All lessons will be in British English.

During the course one of the CWMUN Buddy School Coordinators will offer you different options to let the groups finally meet. International delegations will pair up to enjoy activities together – i.e. lunch, dinner, museums, sports, and possibly home-stays. Any single activity will be scheduled in advance and teachers of the groups will be always responsible for their own students. 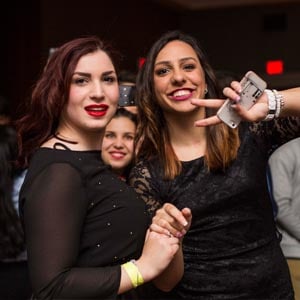